I have 4+ mbps upload speed which is enough for 1080p streaming so internet is not the problem. It's other technical difficulties and features I've been working on that you'll see on Friday the 30th.

I think it's gonna be fun for me and it shouldn't be hard to bring myself to stream 5 hours a day if I'm having fun. Unlike a Jollibee job, I'm not doing it for short term money but because I see great long term potential in my ideas which is a better motivation than a small amount of money per hour.

Those are bold statements to make before I've even started, but the stuff I've prepared so far looks very promising to me.
Overall I like the idea and depending on your screen presence I'd try to watch. No way I'm watching 5hrs of anybody but I'm sure that's not your goal. Would definitely be worth a sweat at the end if you can get a girl to come over to your place.

I assume you're going to archive the stream on twitch for later viewing?
Of course, but on a first stream a lot can go wrong that might force me to delete the archived stream (VOD). If you don't wanna miss it I suggest you tune in live, can't guarantee it'll be archived.

Quote
03-25-2018 , 10:04 AM
#2154
iLiveInAsia
View Profile Send Message Find Posts By iLiveInAsia Find Threads By iLiveInAsia
grinder
Join Date: Apr 2017 Posts: 459
Instead of making grand plans just go with the flow, put in long hours and see if you can gain some traction.

People like cjay stream pretty much every day and are just themselves really, albeit in an interesting city. If you'd walk around in Manila live streaming people would just think wth is this **** if you aren't in Greenbelt or to a limited extend Fort Bonifacio.

Quote
03-29-2018 , 11:43 AM
#2155
Info Shove
View Profile Send Message Find Posts By Info Shove Find Threads By Info Shove
old hand
Join Date: Mar 2014 Posts: 1,290
Sorry, too busy to have the first livestream this weekend. Next week Friday it is (and everyday thereafter). This is the final date change or I shall be struck by lightning.

Sorry, too busy to have the first livestream this weekend. Next week Friday it is (and everyday thereafter). This is the final date change or I shall be struck by lightning.
If you're grinding you can stream that with a delay btw.

Not sure if poker streaming is your thing or if you're paranoid about someone disseminating your strat but you can get up to 200 viewers with that.

there's no chance you stream every day, especially if you wanna be doing 5+ hour streams
Challenge accepted

I mean this whole tangent you are on right now is kind of like "why" but the numbers thing is sorta sacred bro...

Quote
03-31-2018 , 06:48 PM
#2163
Info Shove
View Profile Send Message Find Posts By Info Shove Find Threads By Info Shove
old hand
Join Date: Mar 2014 Posts: 1,290
There's nothing sacred about handing out numbers, it's k2d's note that is sacred and that I won't show on camera as per his request. (though that was half year ago; not sure if he still cares about that note / is still in Asia / alive?)

I got fooled on April Fools:

That girl is hilarious, same girl as in this conversation when I handed her my number: https://www.instagram.com/p/BdvPwzvDYOi/ Very smart for a Pinay. We had dinner once but nothing more came out of it. But we haven't met in over a month so it's unlikely I can pull it off in the next 5 days. But I'll definitely try.

she's not just hot but actually funny and entertaining.
In love?

Nah, I'm just saying she's an interesting personality that could add entertainment value to the stream.

Unfortunately the odds are stacked against me. How do you get a girl you barely know to come to your room (where she has never been before) as a featured guest for your 15 follower Twitch channel?

Maybe I should show her this thread? Please go ahead and post how I'm not creepy at all, treat women respectfully and am purely professional working with them and it's not dangerous to come to my condo
Last edited by Info Shove; 04-01-2018 at 07:03 PM.

Brush up on your Spanish and move to Mexico City. You could go out with 2 girls like that a week. There's practically an endless supply of hot latinas on Tinder b/c the city's so huge and they're crazy about any halfway decent looking gringo. City's hella cheap (except for rents if you want a super upscale area) and is way safer than what I'd always been led to believe.
no, just no

Maybe I should show her this thread? Please go ahead and post how I'm not creepy at all, treat women respectfully and am purely professional working with them and it's not dangerous to come to my condo
lol you can't be serious, that's like the worst possible play.

Quote
04-03-2018 , 12:51 PM
#2171
Info Shove
View Profile Send Message Find Posts By Info Shove Find Threads By Info Shove
old hand
Join Date: Mar 2014 Posts: 1,290
Well, there are now bikini pics of hers ITT, various sex stories, and at some point I was called a harasser that should get deported. I probably shouldn't show her this thread.

She might very well find it on her own though if I give her my Twitch name (InfoShove) and she googles it.

Quote
04-03-2018 , 10:54 PM
#2173
Info Shove
View Profile Send Message Find Posts By Info Shove Find Threads By Info Shove
old hand
Join Date: Mar 2014 Posts: 1,290
Just a heads up that I won't be streaming this week either. I need to focus on some other things before I can stream everyday (and I don't want to have my first stream before I'm able to stream everyday for strategic reasons).

I'll just stop promising a certain day and time until I know for sure it's gonna be that day and time, like a 24 hour notice (I see no reason why it shouldn't be next week). Sorry for the past 2 postponements.

having little to no shot with ~90-95% of girls and having a really easy time with ~5-10% of girls (who imo are usually not the top of the foodchain) around his age,
This is a good description of most Asian countries. Since many white guys have such abnormal standards of beauty, they find heaven because any petite thin Asian girl is most of the way to 'hot' in their eyes. The locals are wondering why a foreigner with money would go out with some poor and uneducated "ugly" girl, but it's all in the eyes of the beholder, isn't it?

The real answer is to move to a country where that 5-10% of girls is what the OP finds irresistably attractive and forget about what everyone else thinks.

As much as people tend to rag on retirees moving to Asian countries and dating local women, I think they're the ones that are actually making the smartest move. Most normal young white guys can do better in US/EU - including with Asian girls if they move to a metro area that has lots of Asian girls.

I propose the idea that most of the young guys who say they're in Asia in part because they like Asian women are actually in Asia largely because they like a little bit of adventure, uncertainty, travel, escapism. 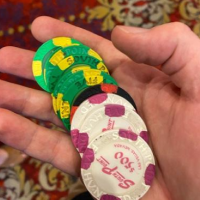 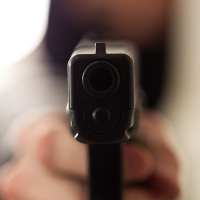